Food and nutrition crisis in Madagascar: “It’s hard to find the words to describe what I witnessed.”

37-year old Maraignavy and his five children walked for four hours to get to Ranobe from Ambohimaivo. They’ll go back with bags crammed full of Plumpy’Nut®, because all the children are suffering from malnutrition. Madagascar, Amboasary district. © iAko M. Randrianarivelo
Testimonies

Testimonies / Food and nutrition crisis in Madagascar: “It’s hard to find the words to describ
Get involvedDonate now

Since the end of March, MSF teams have been responding to one of the worst food and nutrition crises ever experienced in southern Madagascar. Prior to deploying medical personnel, an exploratory team was sent to Amboasary district to conduct logistical and health assessments – actions essential to the rollout of an effective humanitarian response.

One of the team was Jean Pletinck, an experienced logistician who has worked with MSF for 28 years. Jean describes the catastrophic living conditions of people in remote regions of southern Madagascar.

In preparation for the rollout of MSF’s medical activities, last month I went to around twenty villages in Amboasary district. It’s hard to find the words to describe what I witnessed. I was told about clouds, the rain that’s stopped falling, but even more about how in the past three years people’s lives have become one long descent into hell.

Three consecutive years of drought in the deserts of southern Madagascar have pushed people, who mostly live on agriculture and livestock production, to breaking point, and entire villages to the brink of death. 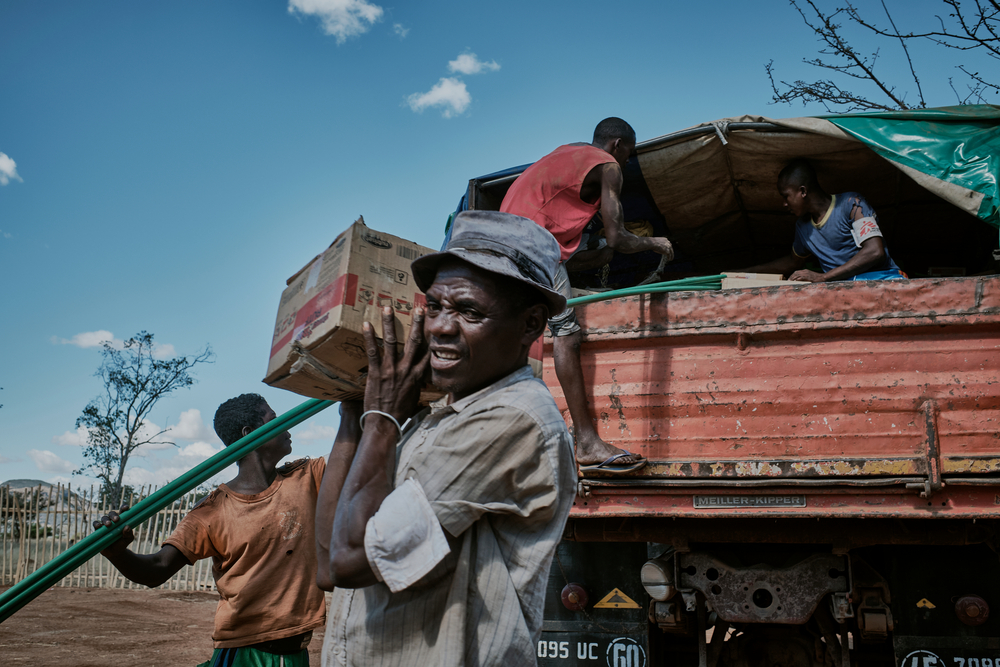 Latest data released by Madagascar’s nutrition surveillance system and the Integrated food security Phase Classification (IPC) show a catastrophic nutritional and food situation in Southern Madagascar. Some 74,000 children are acutely malnourished, 12,000 of whom have severe malnutrition – an increase of 80 per cent compared to the last quarter of 2020. The number of children treated in health facilities for acute malnutrition skyrocketed. Over one million people are severely food insecure – among them, almost 14,000 people in Amboasary, one of the worst affected districts, are now considered to be starving (IPC Phase 5).

Village after village, it was the same story. No food left, dried-up rivers, nothing growing in the fields, stunted zebus, men lacking the strength to continue working, fear of looters who make off with the little that’s left. A few plots of land bordering a trickle of water showed signs of last attempts at cultivating, but the chances of a successful harvest are close to nil. If grasshoppers and caterpillars don’t get them first, the baking sun is there to finish the job of shrivelling the young shoots.

Support us
Please donate to MSF

In three years, people here have lost everything. As their fields have dried up, they’ve sold their zebus, chickens, tools, and even kitchen utensils, to buy increasingly expensive food in markets it often takes them several hours to walk to from their homes. They mainly eat what they can forage – leaves, roots and barely edible fruit – and say they regularly fall sick because they’re poisonous. In the villages, children and adults are dying of hunger. Schools are empty, because the teachers have deserted them. No money is coming in, there’s no pay, and no food. All that’s left is insecurity, and the constant threat of gangs who steal anything they can get their hands on. More than one villager told me that, out of fear, they leave their homes at nightfall and sleep in small, nearby woods. 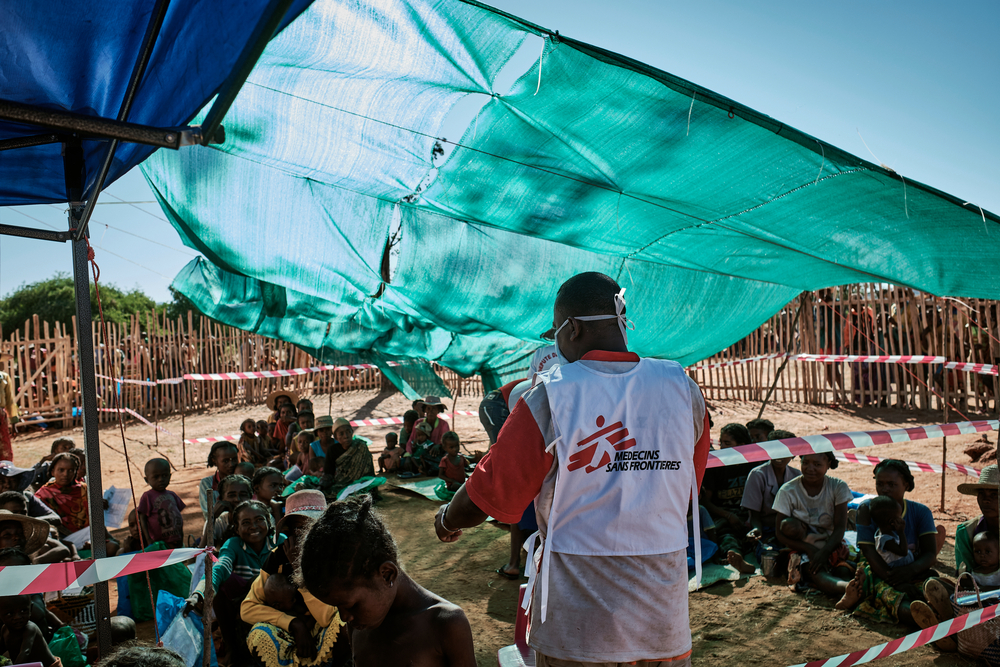 As part of an emergency operation launched in Amboasary district at the end of March, Médecins Sans Frontières teams screen and provide treatment for acute malnutrition in mobile clinics. We have found an average of 28 per cent of children under five are acutely malnourished.

Activities to improve access to clean water include distributing jerry cans, repairing hand-operated pumps and treating and transporting water from the river. MSF is also looking into organising food distributions as soon as practicable and scaling up inpatient treatment for patients suffering from severe acute malnutrition and associated medical complications.

In the parched hills I saw young kids walking for hours, lugging sacks weighing up to 10 kilos. They were carrying food from the World Food Programme’s (WFP) distribution site to their villages where relatives, too weak to walk that far, were waiting for them. The risk of robbery along the way is considerable. Some kids prefer to sell for a paltry sum some of the goods too heavy for them to carry. WFP limits its rice, beans and oil distributions to half a ration per person, and not all villages have access. I struggle to understand how these people are able to survive.

In almost thirty years of working in humanitarian aid, I have rarely witnessed such extreme hardship.
Jean Pletinckx, MSF logistician for 28 years

The sick, elderly and children were the only inhabitants in one of the villages I went to. All were in an appalling state. The rest of the villagers had gone, and those not strong enough to go with them had to stay put. Small houses in surrounding hamlets are also deserted, so they just have to wait. They tell us that, since the rains stopped, they’ve had to sell their clothes and all they have left are shirts with more holes than fabric. Chickens, ducks, tools… looters steal anything that hasn’t been sold. They have nothing to wash themselves with, and for clean water, they have to make do with the river.

In almost thirty years of working in humanitarian aid, I have rarely witnessed such extreme hardship. A life-altering experience, it is situations like these that inspire me, time and time again, to assist people so often abandoned to their fate.

Médecins Sans Frontières teams have resumed food distributions in southern Madagascar that is in the grip of a severe food and nutritional emergency. Now the lean season, families in this desert region are surviving thanks to food assistance and water distributions.

Ricardo Fernández, MSF's head of mission, is currently in the south of Madagascar, in the Anôsy region, where our teams are facing a major food crisis.