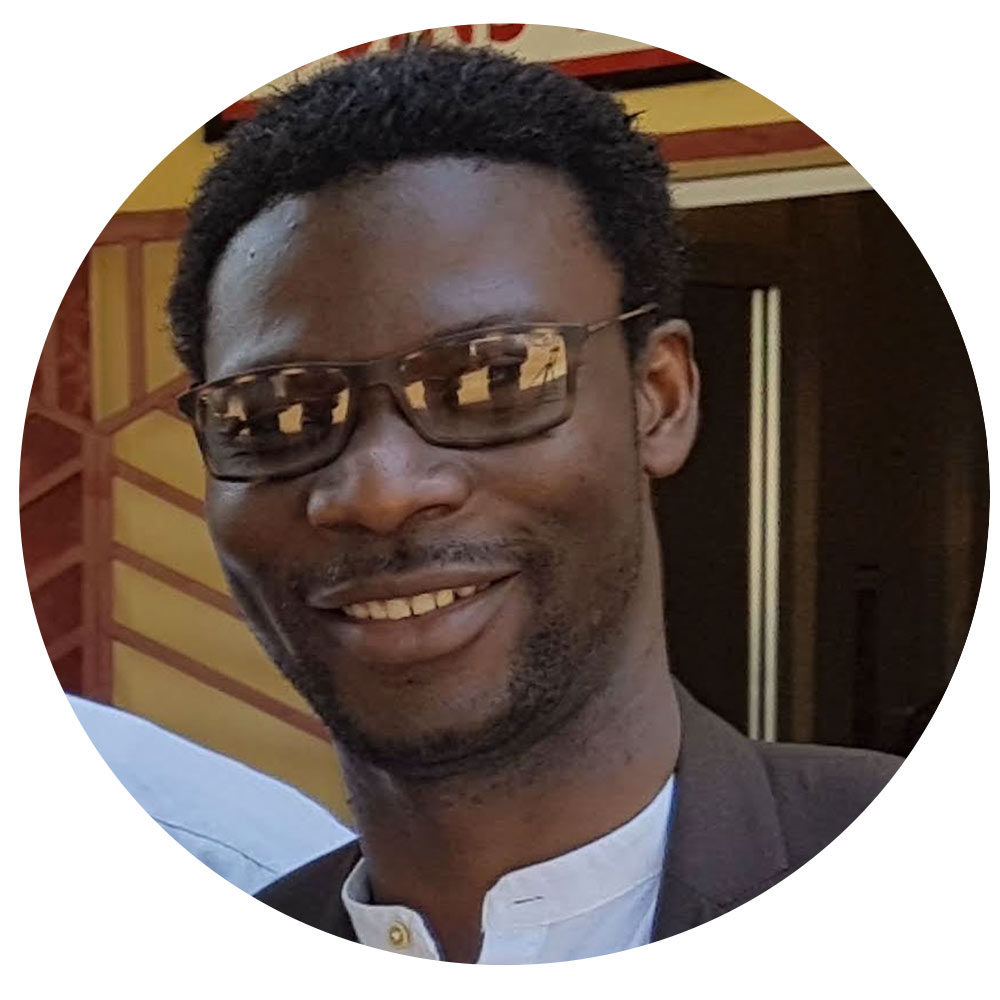 Ismael Adjaho is a general practitioner from Benin who joined MSF in 2012, as a mobile clinic MD in east of Democratic Republic of Congo. Since then, he has worked in different contexts (Mauritania, South Sudan, Afghanistan and Kenya) as a flying medical doctor, an emergency pool flying medical doctor, and a project medical referent. His expertise goes from general medicine (including chronic diseases such as HIV, TB, HTA, diabetes and cancers) to nutrition and public health. Since October 2016, he is appointed in Guinea as medical coordinator. 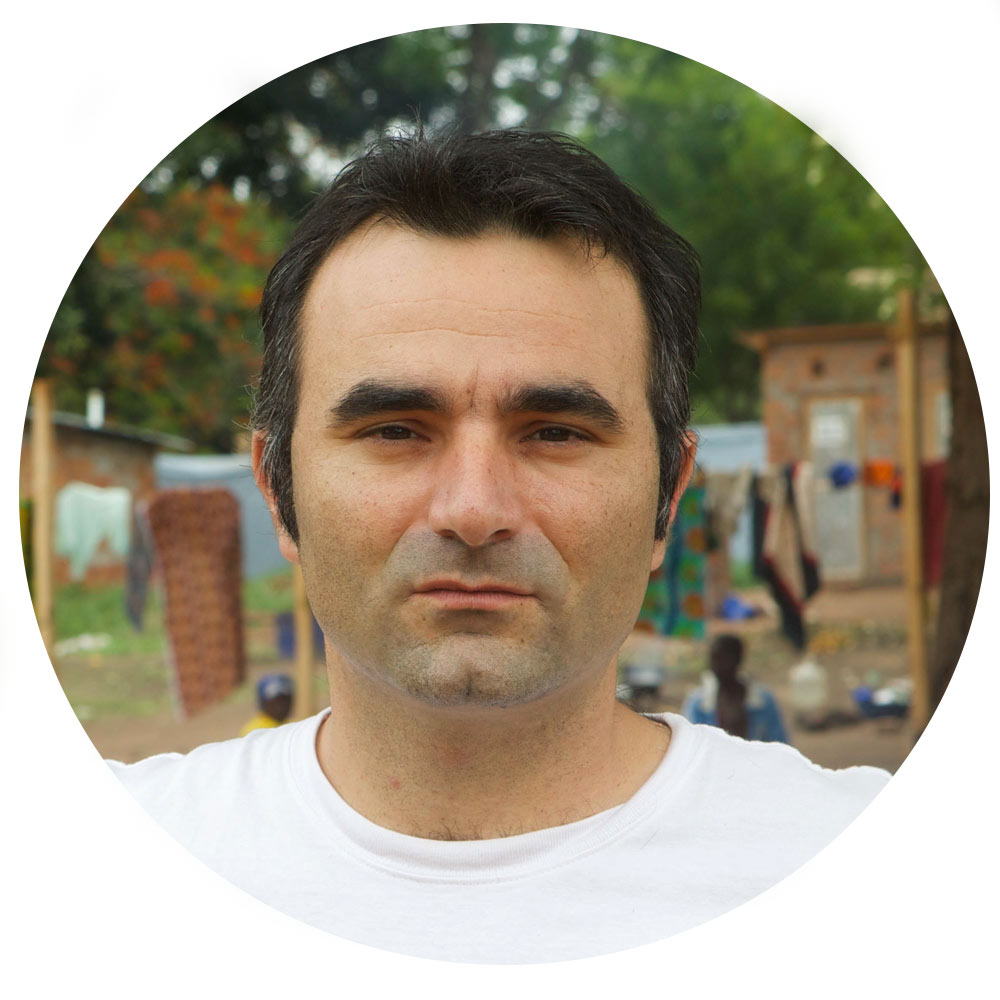 Stefano Argenziano is currently the Coordinator of Operations for the OCB Cell-2. He had his first assignment with MSF in 2003 as a National Staff in the migration-focused Italian Mission and since then he has been continuously in the field with OCB, OCA and OCP in several contexts. He holds a master degree in International Relations from the Rome University. 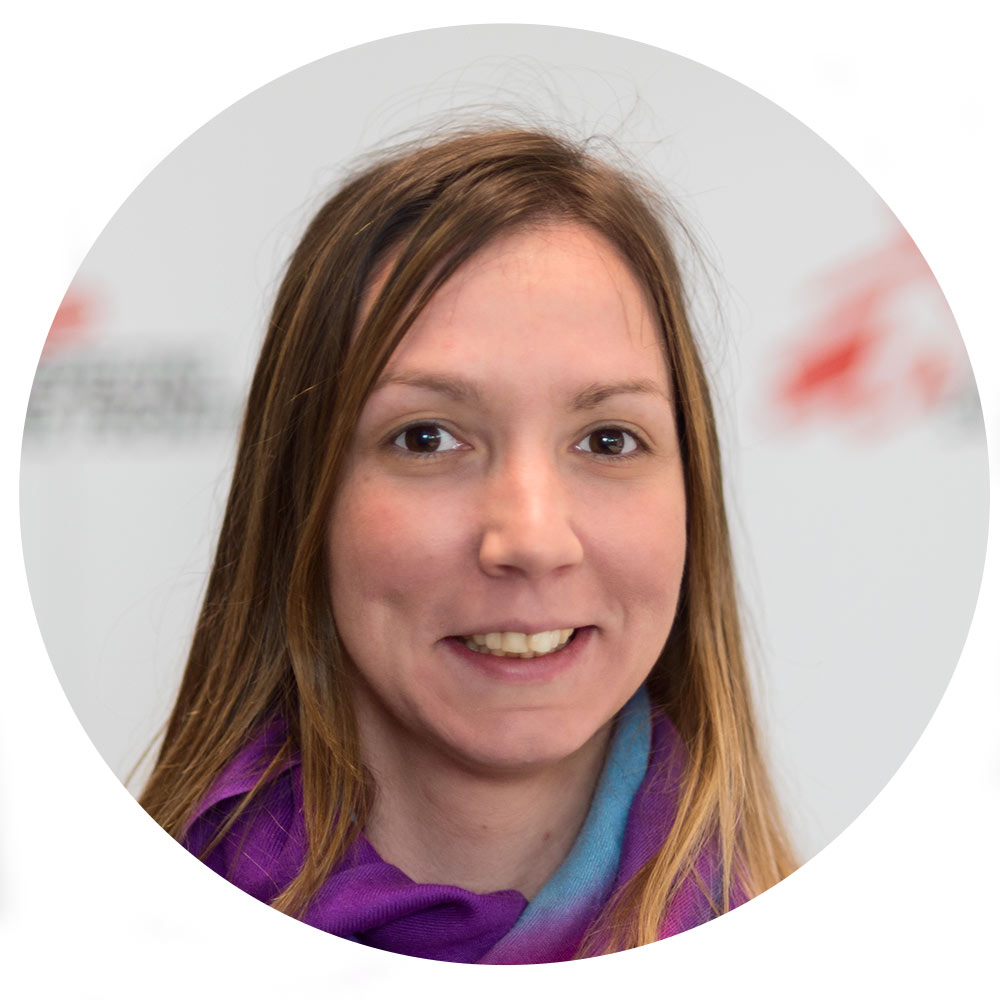 Jovana Arsenijević holds a degree in Social Pedagogy, Masters in Public health and is a PhD candidate in Public Health (Belgrade). Since 2009 she had been working in HIV project and National TB program management in Serbia. She joined MSF in 2015 as a Liaison Officer in Northern Balkan migration mission. Currently, she is the Head of Mission Assistant in Serbia, but also engaged with LuxOR on several operational research studies related to migration on the Balkan route. 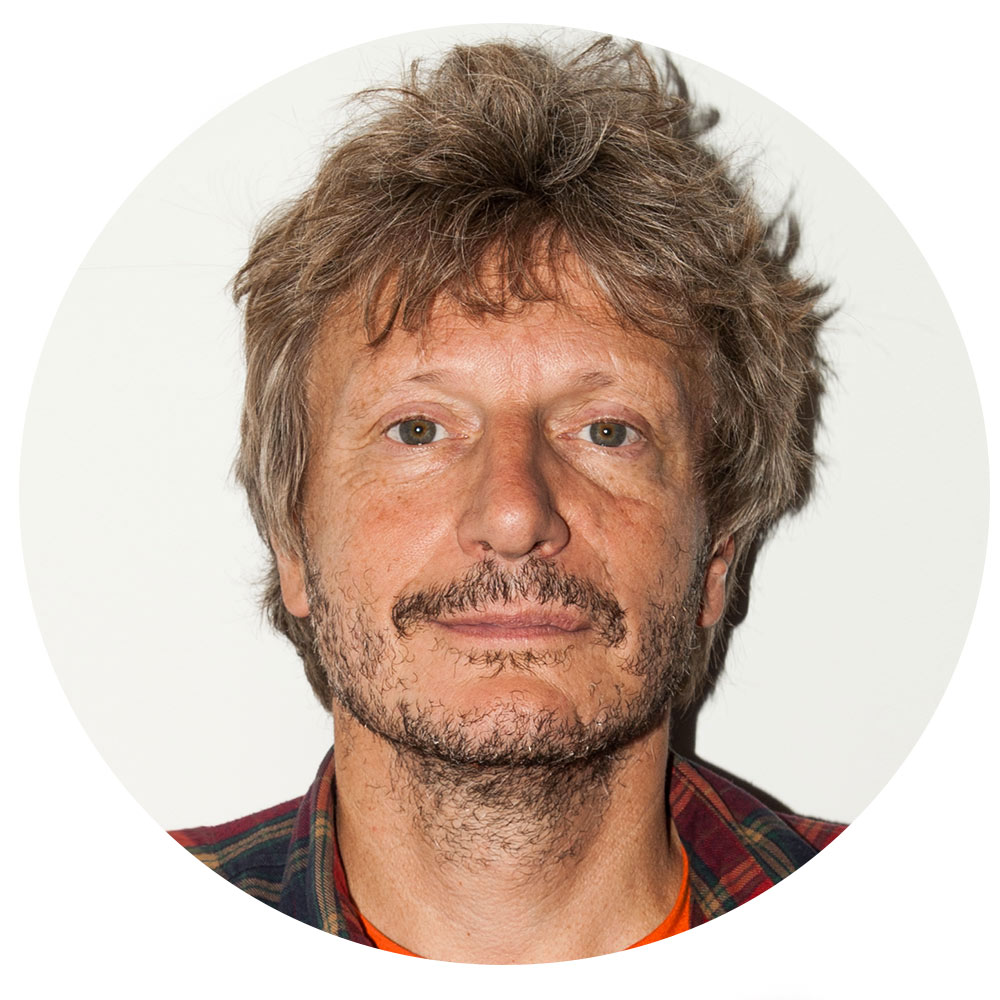 Marc Biot first worked with MSF in 1989 in Afghanistan, followed by the Philippines. In 1992, he came back to Afghanistan before joining the Operations Department in 1994, where he concentrated his focus on the Horn of Africa and Central Asia. After a Master in Public Health (1998), he was appointed as first HIV/Aids focal person in the Medical Department, to provide support for starting HIV care & treatment program in Africa, Asia and the Americas. Rich with this experience, he left to Mozambique in 2002, where he supported the beginning HIV treatment programs till 2009. After a short stay with ICaP (2009/10) in Maputo, he returned to the Operations Department at the end of 2010 to focus on the large HIV & TB treatment programs in Southern Africa & India as Operational Coordinator. A position he is still holding up to today. Since 2015 he is also engaged in the operational presence of OCB in Latin America. 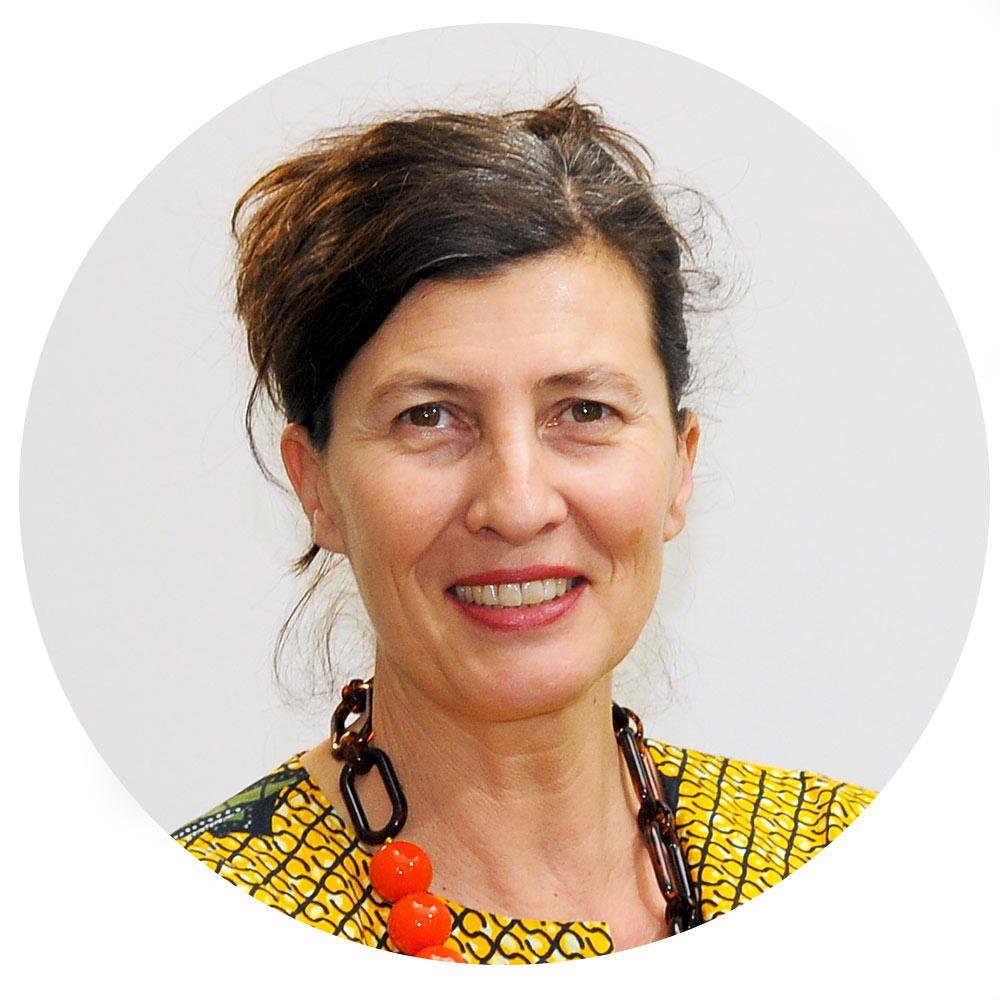 Doris Burtscher holds a PhD in medical anthropology and works at the Vienna Evaluation Unit. Since 2001 she has worked as a medical anthropologist with MSF, and has undertaken fieldwork within MSF and other NGOs in Mauritania, Kenya, Sierra Leone, Zimbabwe, Liberia, Niger, Swaziland, Lebanon, India, Chad, Iraq, Kyrgyzstan, Afghanistan, Uganda, Senegal, and Albania. Her main fields of interest are how people deal with health and illness in different contexts (HIV/AIDS, MDR TB, malnutrition, sexual and reproductive health, sexual violence etc.) and health seeking behaviour. 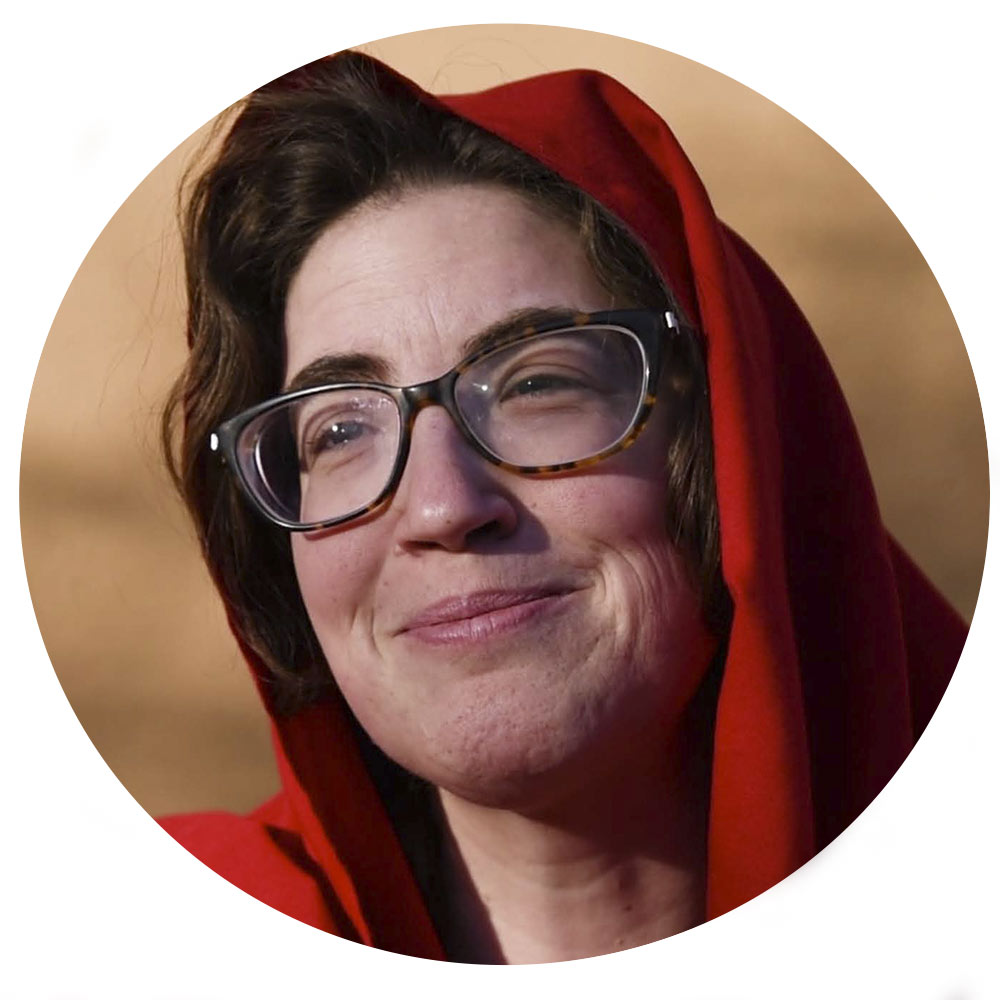 Séverine Caluwaerts is an obstetrician-gynaecologist from Belgium who has been working with MSF since 2008 in different contexts (Sierra Leone, Burundi, DRC, Afghanistan, Pakistan, Niger, Central-African Republic). Since 2011 she is the gynaecology referent for OCB. Her special interests include pregnancy and infectious diseases (HIV, Ebola) and cervical cancer screening and treatment in low-resource settings. She also continues to work as a clinician at the Institute of Tropical Medicine (ITM) in Antwerp, Belgium. She acquired a diploma in Tropical Medicine from ITM, Antwerp and a Masters in Public Health from Liverpool University. 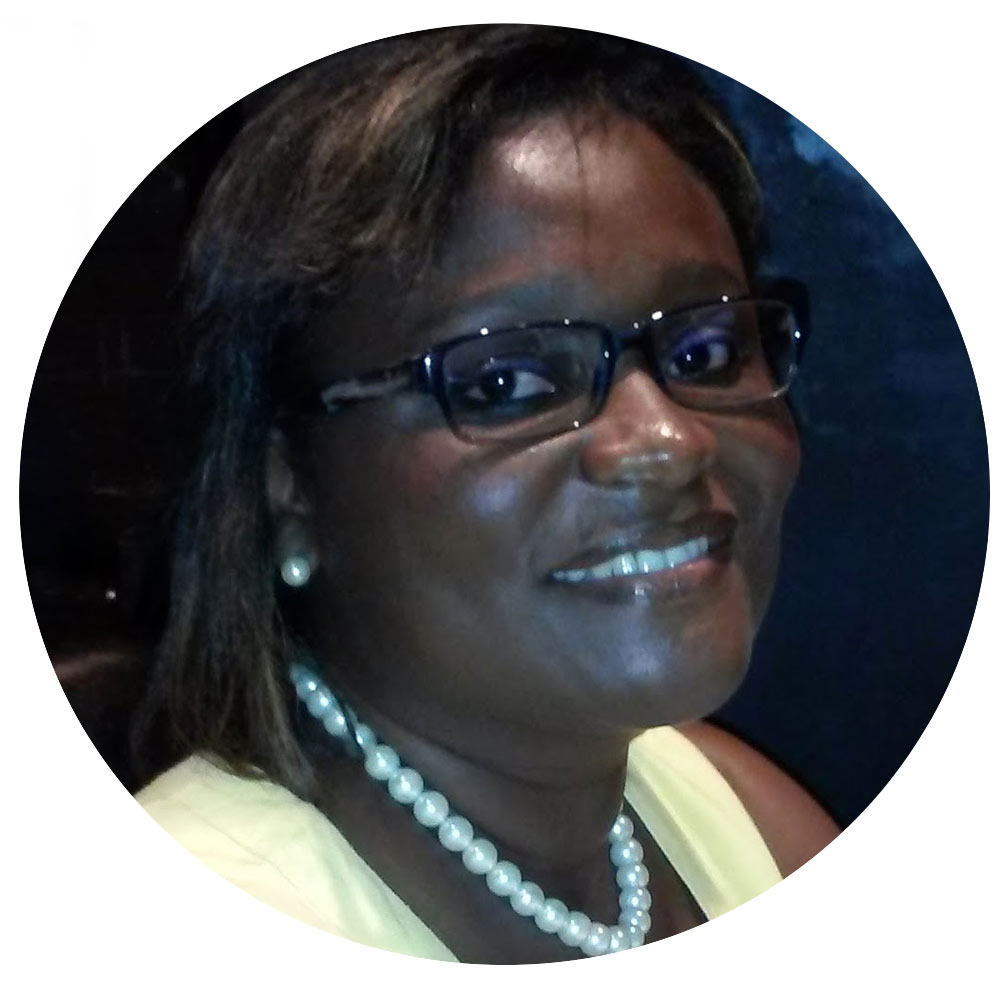 Sophia Chérestal Woolley was born in Haiti on November 5th, 1975. After graduating in 2004 from the School of Medicine of Notre Dame University in Haiti, she began her specialization in pneumology (interrupted in 2005). In 2017 she resumed her studies and started training in epidemiology (Field Epidemiology Training Program) since February. Work experience – Deputy Medical Coordinator with Médecins sans Frontières (MSF) Belgium in Haiti since 2013, supporting projects for data monitoring, reinforcing connections between MSF and the local Ministere de la Sante Publique et de la Population, being the MSF focal point for operational research in Haiti. From 2011 to 2012, she coordinated the project Baby Tent (childhood nutritional care) with Concern World Wide. From 2006 to 2011, she worked as general practitioner in Port-au-Prince (community projects). From 2005 to 2006, she was a general practitioner with the ‘Fondation pour le développement et l’encadrement de la famille haïtienne’. 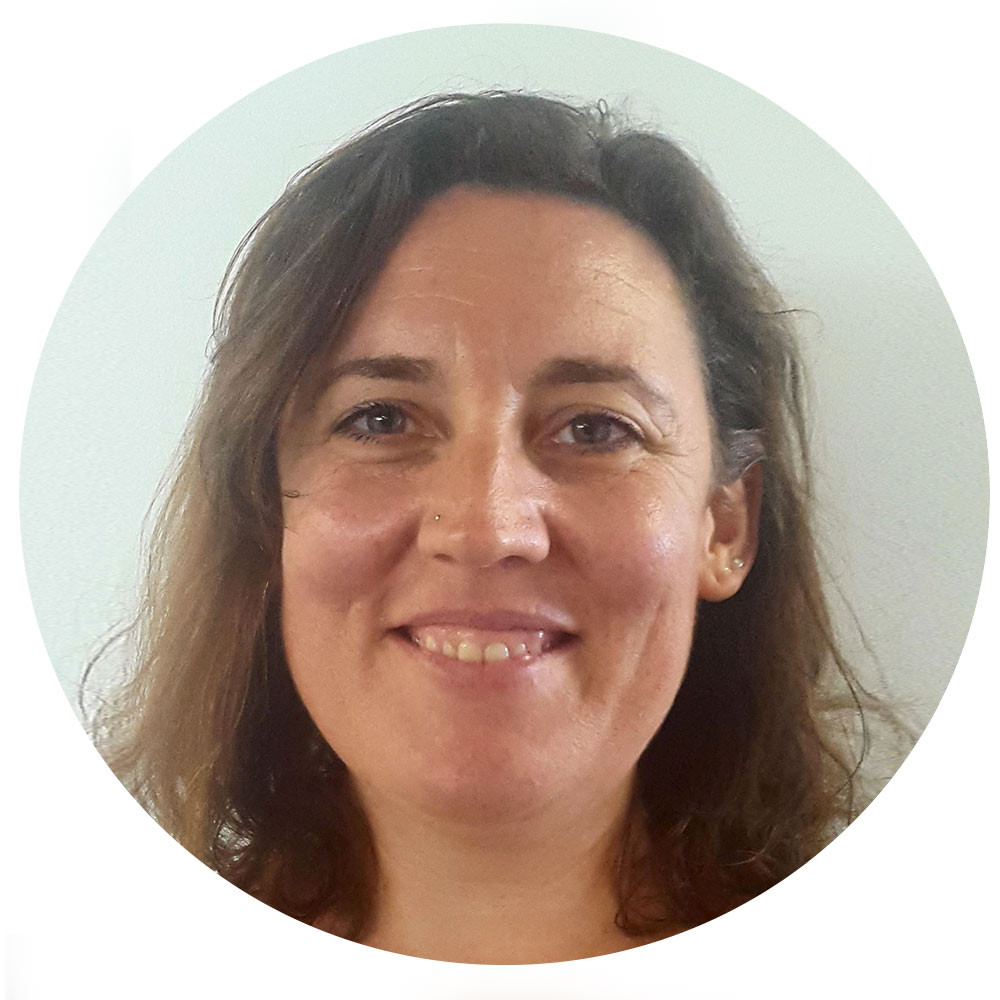 Nolwenn Conan is a French Epidemiologist with a nursing background working with Epicentre. She is based in Cape Town (South Africa) at the SAMU unit. She started working with MSF in 2004 in different contexts (Sudan, Ivory Coast, Haiti, DRC North Kivu, South Sudan, Mali, etc). She completed a MSc. of Public Health in Developing Countries at the LSHTM in London in 2011. She joined Epicentre in March 2016 to coordinate HIV population surveys in Southern African countries. 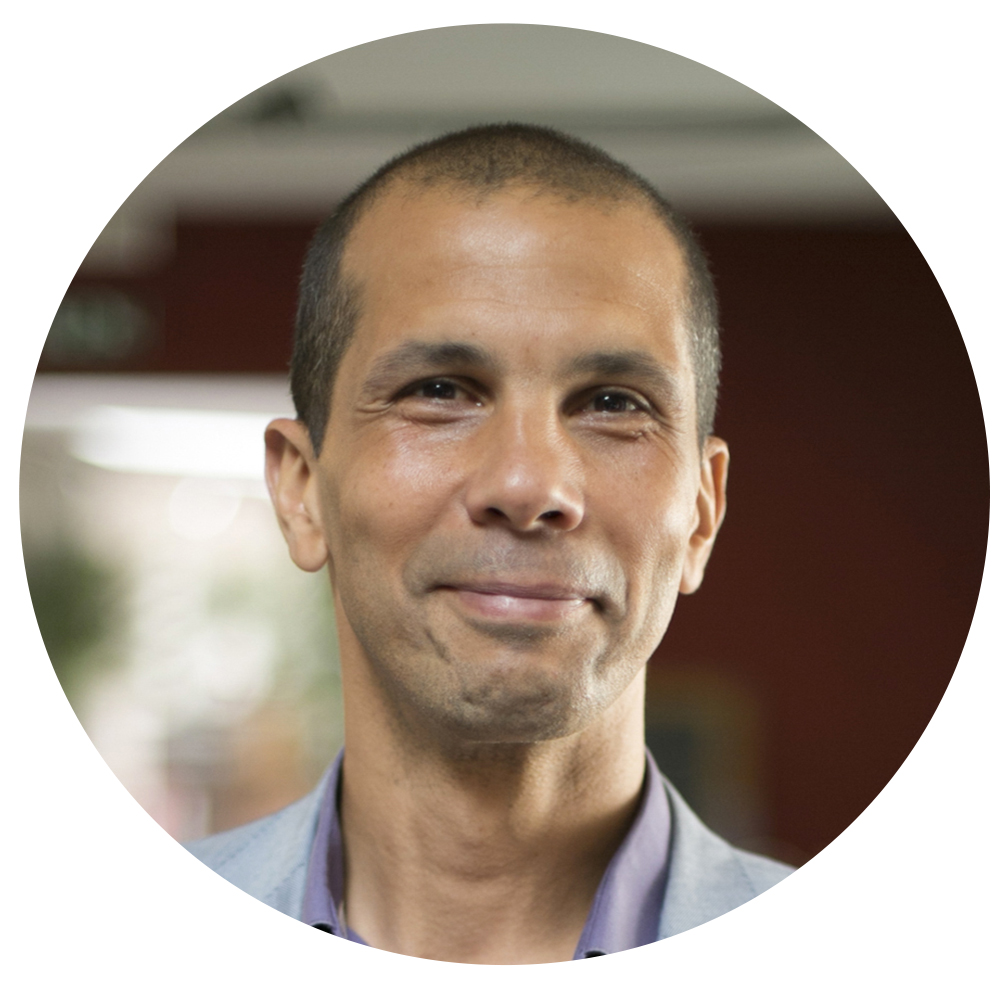 Amine Dahmane MD, graduated in Tropical Medicine and emergency medicine in Belgium. He completed a master in family medicine in 2014. He worked as a physician in Belgium and joined MSF in 2003. Up to 2010, he worked as a doctor, medical coordinator and head of mission in several countries including Cambodia, Burkina Faso, China and Ukraine. From 2011 to 2013, he was part of LuxOR, the OCB Operational Research Unit, as Program Officer. He was also enrolled in the MSF – Union OR course in Kenya. Actually he is working as family physician and as a consultant in the Infectious Disease Department of the CHU Saint-Pierre Brussels (S. clinic). He is a board member of MSF Belgium in Brussels. 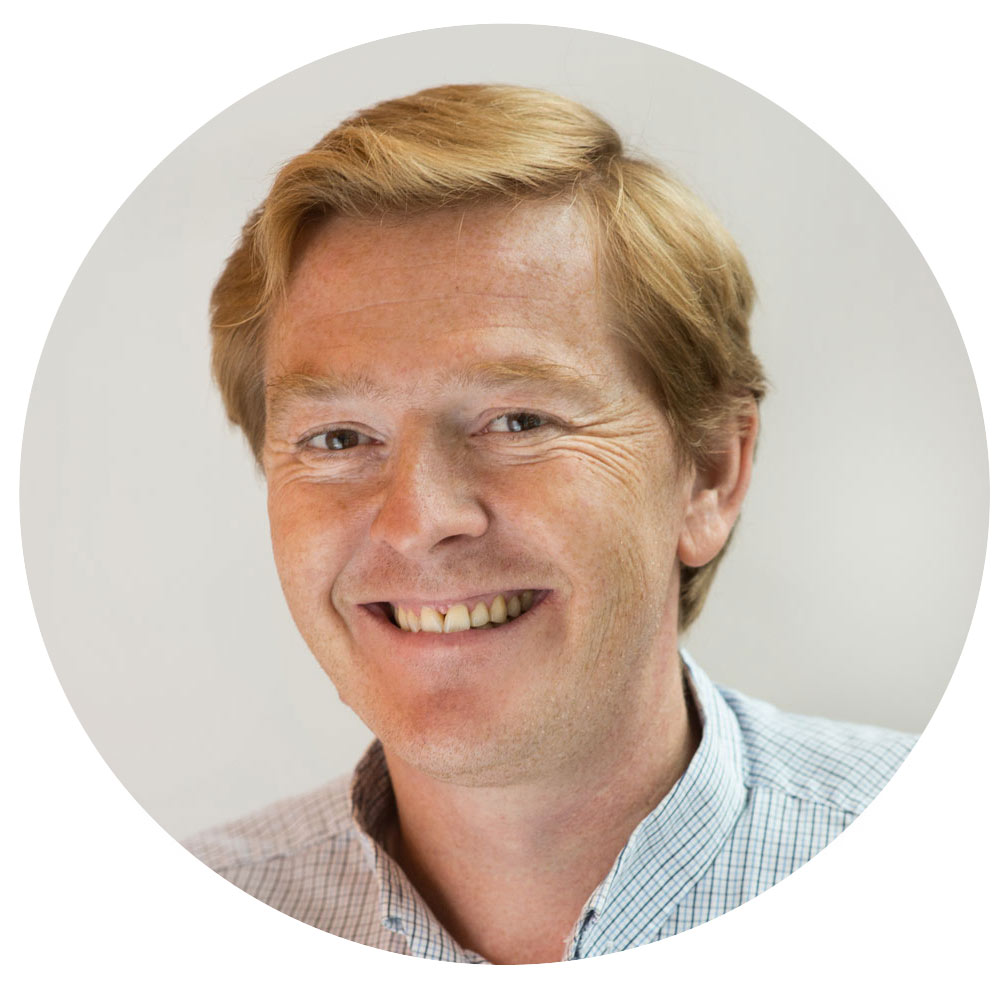 Bertrand Draguez first worked for MSF in 2000, as a general practitioner in East Timor. Since then, he has worked as a doctor in Angola and South Sudan, as a field coordinator in Afghanistan, and as a medical coordinator in Democratic Republic of Congo and Côte d'Ivoire. From 2005 to 2008, Bertrand held the post of medical officer of the MSF unit in Brussels covering the Great Lakes region of Africa. In 2008, he was appointed as Medical Director of MSF's operational directorate in Brussels. Bertrand was elected president of MSF Belgium in 2016. 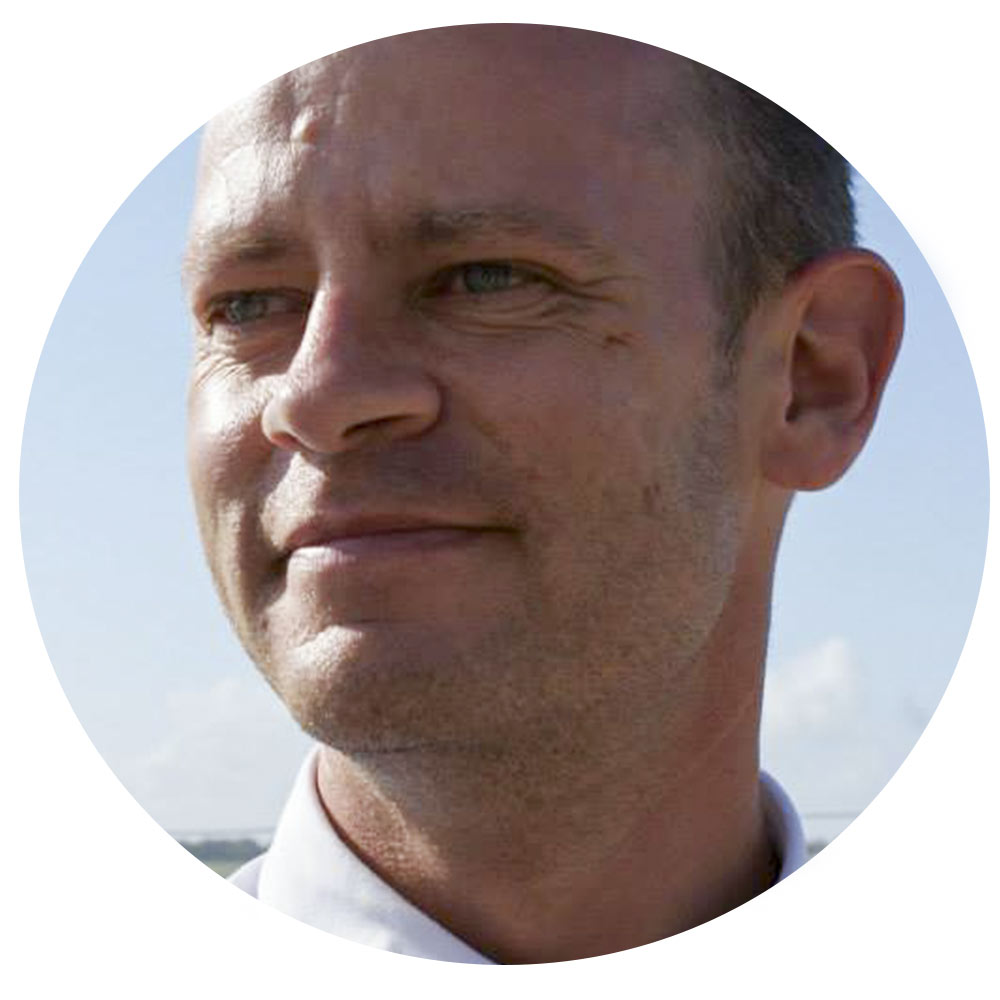 Nathan Ford works for the Dept HIV and Global Hepatitis Programme at the World Health Organization, Geneva, and is the chair of the WHO Guidelines Review Committee. Prior to that he worked with MSF from 1998-2012. He holds a degree in Microbiology and Virology, a Master in Public Health and Epidemiology, and a PhD in Clinical and Public Health epidemiology. He serves on various editorial boards, including the Journal of the International AIDS Society and Conflict and Health. Areas of concern include evidence based humanitarian action, simplification and adaptation of HIV/AIDS care in resource limited settings, and the uses and limits of evidence to inform policy. 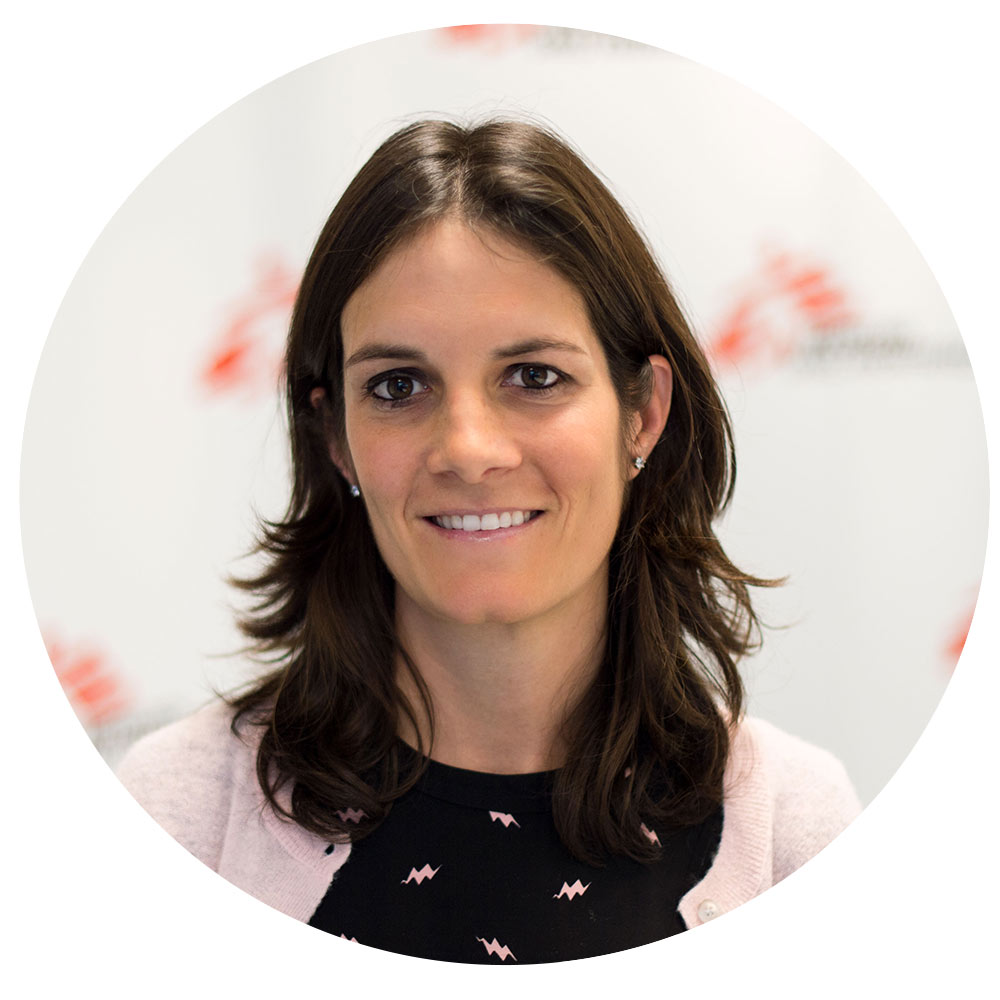 Julita Gil Cuesta is a Medical Doctor and Master in Public Health. She holds a degree as Specialist in Preventive Medicine and Public Health in Valle Hebron Hospital, Barcelone, Spain. She worked for the World Health Organization country office in Vietnam from 2010-2012 for Maternal and Child health. She was part of the EPIET field epidemiology programme at the SSI in Copenhagen, Denmark from 2012-2014. She has done different missions as medical epidemiologist  in Cameroon (Zerca y Lejos NGO), Bolivia (WHO), DR Congo (MSF OCA), Sierra Leone (WHO), the Philippines (CRED/UCL). She joined the OR unit in Luxembourg in February 2017 and she is based in Brussels. 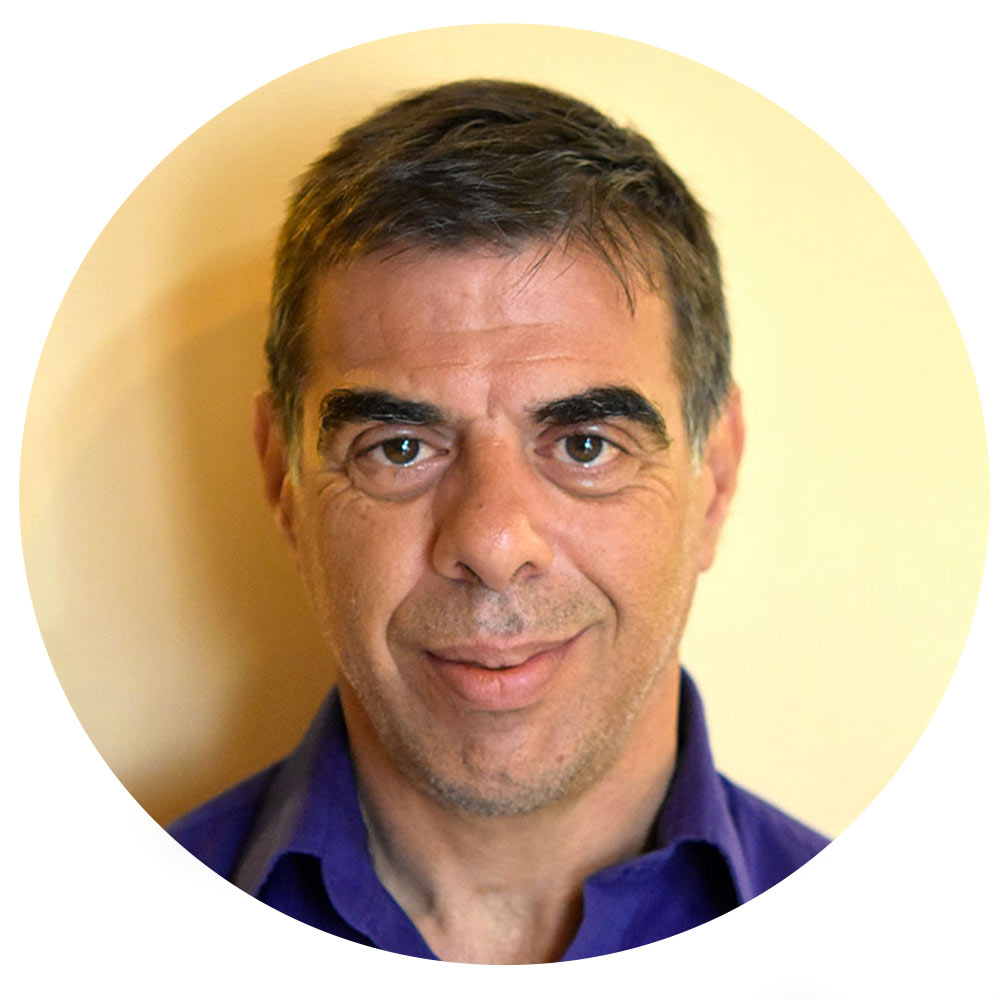 Manoli Kokkiniotis holds a degree in physiotherapy and has postgraduate studies in Disaster Management and a Master’s Degree in Management of Crisis in Health Sector. He has worked at the Greek NHS from where he resigned in 1998 to work abroad on the humanitarian sector. From 1998 to 2015 he had been continuously in the field, with several missions as a physiotherapist, manager and hospital administrator with the MSF and the ICRC in South Sudan, Iraq, Nigeria, Bulgaria, Afghanistan, Haiti, Pakistan, Sri Lanka, Palestine, Nepal, Liberia and Eritrea. Since June 2015 he started to work as a physiotherapist at the Project for Rehabilitation of Migrant Survivors of Torture in Athens, Greece. Currently (since November 2016) he is the Project Medical Referent of the project for the Rehabilitation of Migrant Survivors of Torture project in Athens, Greece and a PhD candidate writing a thesis on Field Hospitals’ deployments. 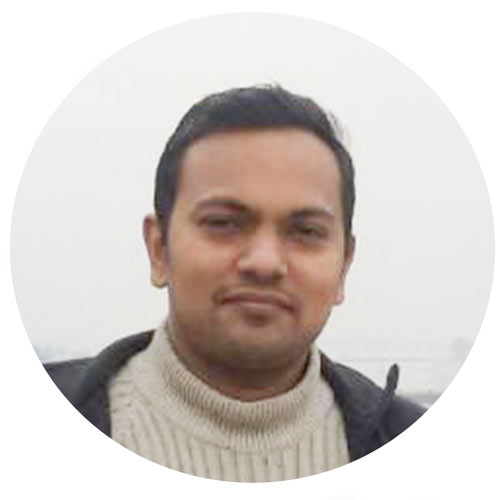 Chinmay Laxmeshwar currently works as an Epidemiologist at Mumbai project. He has been with MSF since 2015. He has previously worked with different offices of the Ministry of Health and Family Welfare, Government of India in different capacities. He holds a Master in Public Health focusing on Social Epidemiology from Tata Institute of Social Sciences, Mumbai. 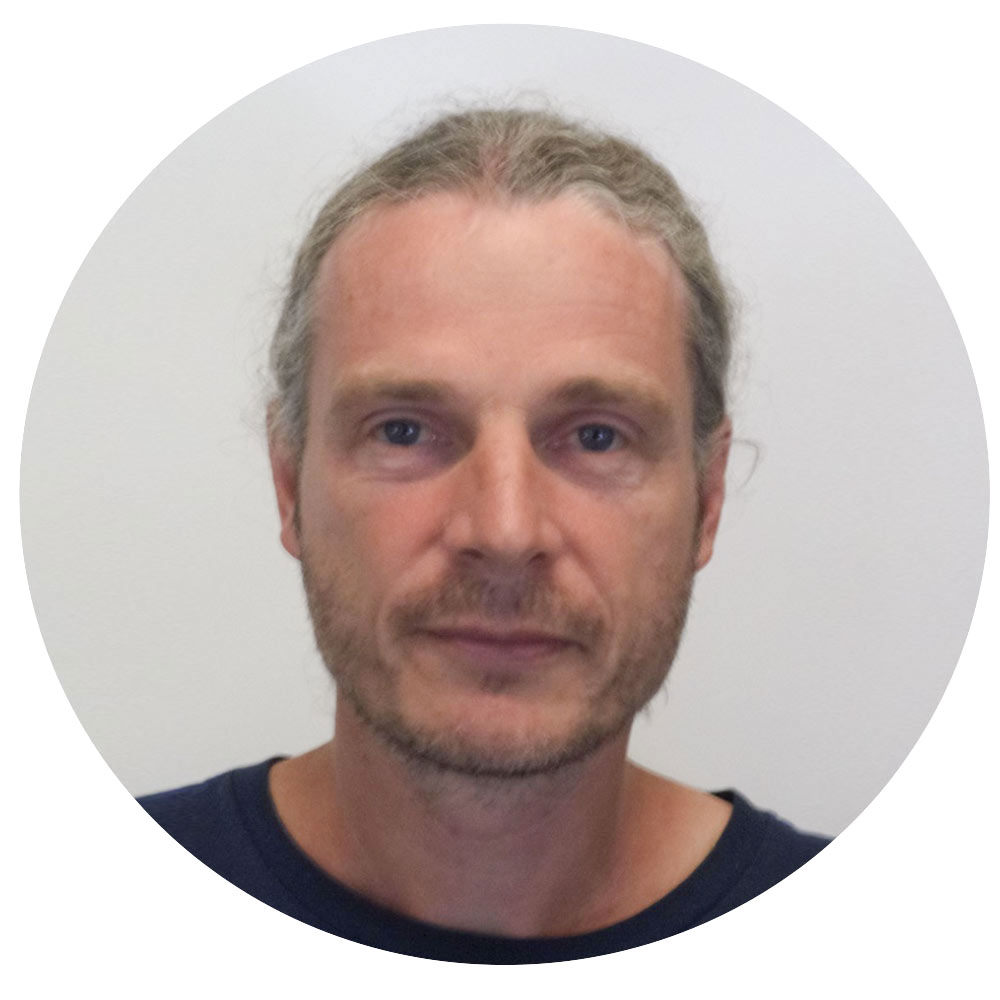 Jean-Yves Nuttinck is a mining engineer. Since 1994, he has been involved in emergency humanitarian interventions and long-term development aid projects. Specialized in groundwater, he has alternated missions for more than 20 years with Médecins Sans Frontières and international consultancy firms. Since 2010 he performs as Water, Hygiene and Sanitation Referent within the MSF-Belgium Operational Center. He recently created INTERFACE-EAU.be , a hydrogeological consultancy firm specialized in boreholes and groundwater catchment headworks in support to humanitarian contexts. 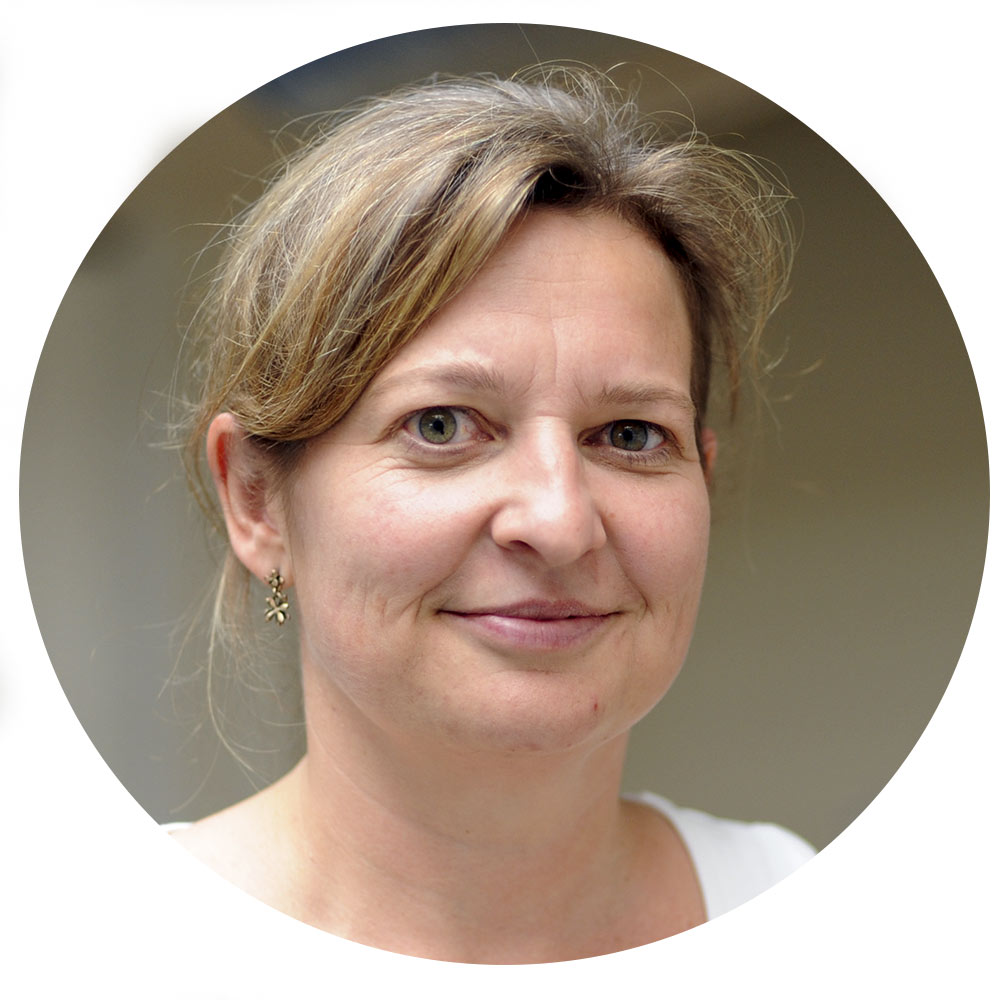 Catherine Van Overloop is a medical doctor with a degree in Public Health. She started with MSF in 1996 in Sudan and has since worked in Burundi, Chad, Liberia and DRC. She was between 2012 and 2017 the medical responsible in the Operational Department in Brussels for the OCB missions in Afghanistan, Pakistan, Ukraine and CAR. Now, she is Deputy Medical Director at the Operational Center of Brussels. 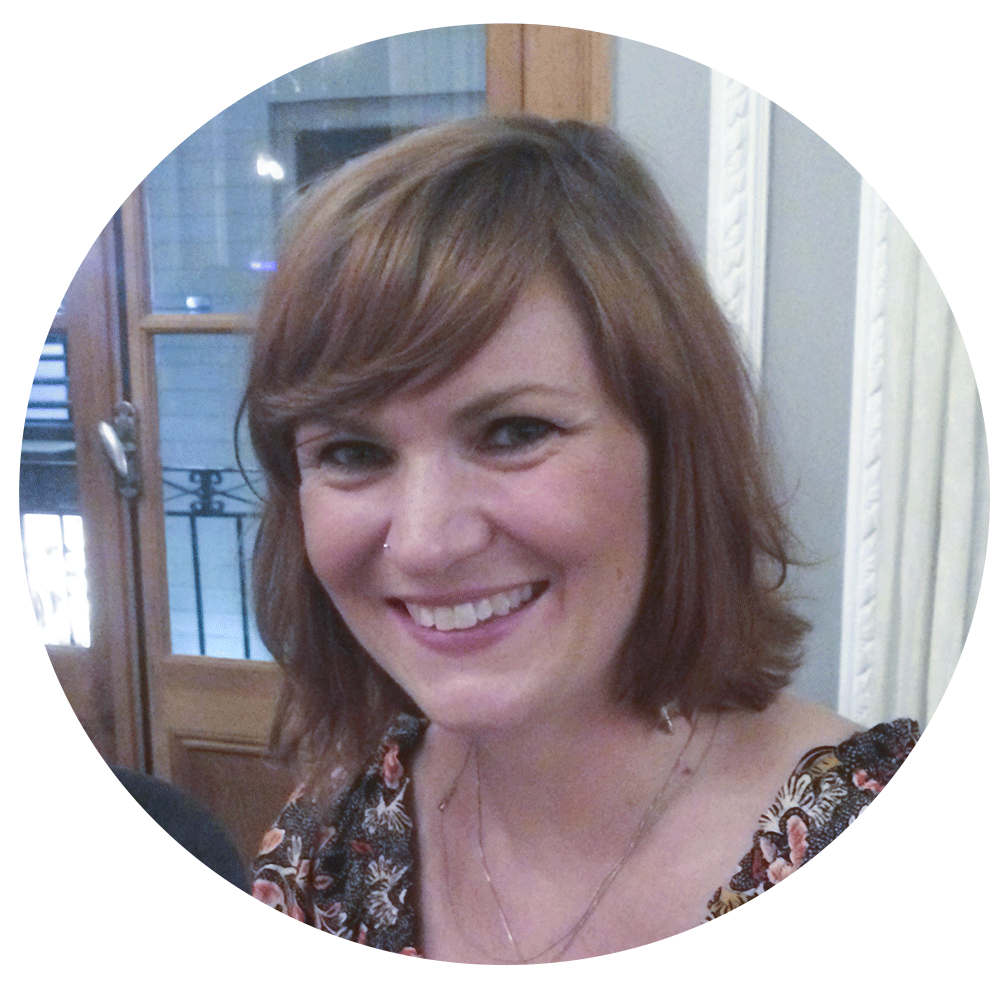 Emilie Venables is a PhD anthropologist, and has been working for MSF since 2012. She is the Qualitative Research MIO for LuxOR and SAMU, and is based in Johannesburg, South Africa. Emilie has worked in sub-Saharan Africa for over a decade, and has conducted research for MSF in countries including Italy, Liberia, Kenya, Mozambique and Lebanon. Her research interests include HIV/AIDS, sex-work, Ebola and migration and she is particularly interested in capacity building in qualitative research. 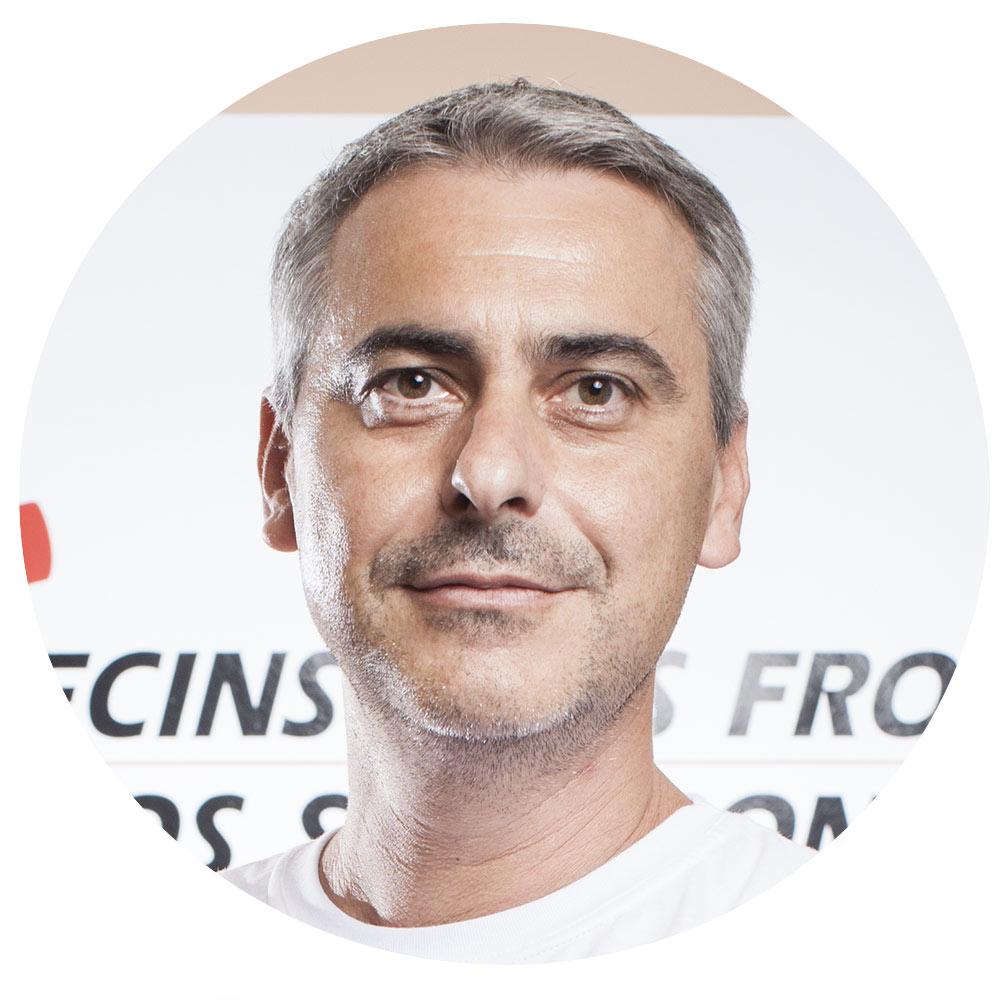 Jean-François Véran has a Doctoral Degree in Anthropology from the École des Hautes Études en Sciences Sociales (Paris). He joined MSF in 2010 as Health Promoter in Haiti, Guatemala and Honduras, and then as Anthropology Advisor in the Brazilian Medical Unit (BRAMU) of MSF-Brazil since 2013. Using both qualitative (Social Cartography, ethnography) and quantitative (Population Assessment Tool) methodologies, he has or his supporting projects with thematic of epidemic response (Kenya, Haiti), sexual violence (India, Guatemala, South Africa, Colombia), situations of violence (Honduras, El Salvador, Mexico, Kenya, Colombia and Venezuela) and migration (Europe, Mexico, Brazil). He is also Associate Professor at the Federal University of Rio de Janeiro. 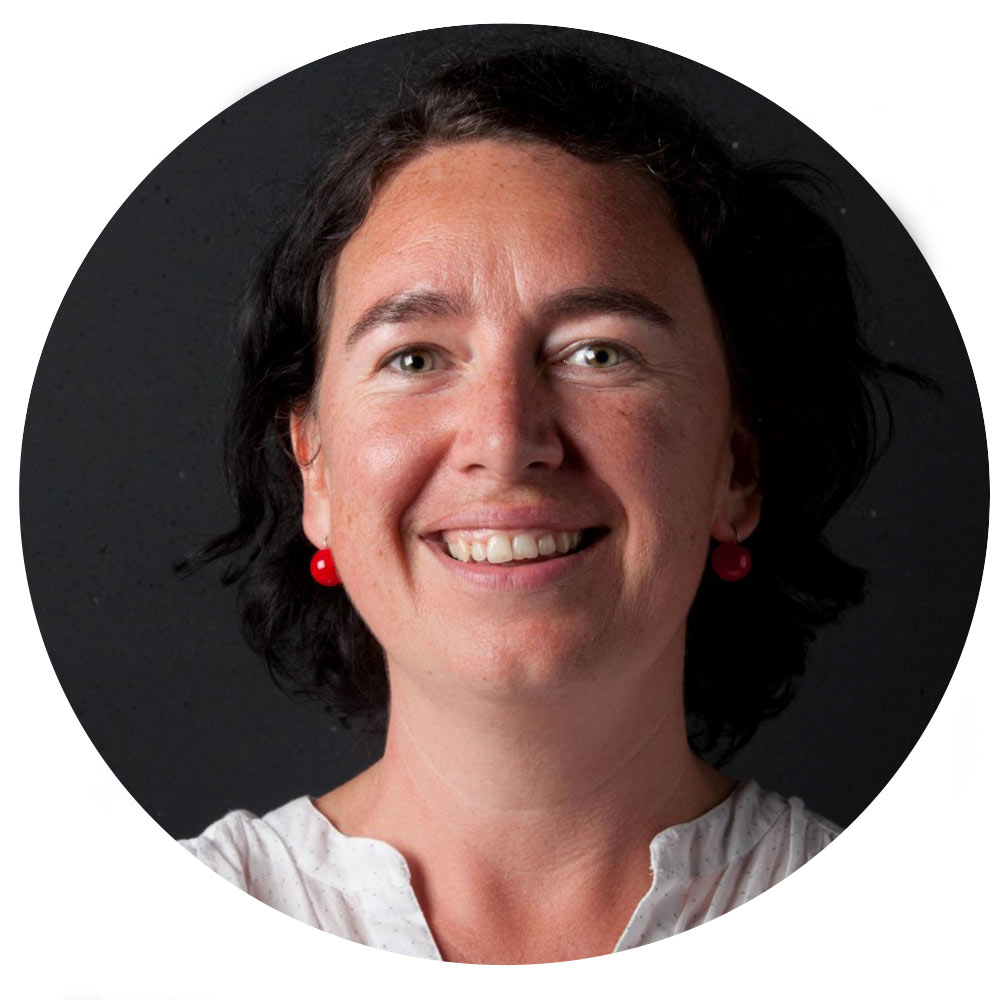 Leen Verhenne, medical doctor, started with MSF in 2002 in Angola and since 2005 has combined MSF work with general medicine in Belgium. She has been in various missions as doctor or medical coordinator. She started in 2014 in De Kaai, a public primary health care clinic in Gent and joined the Belgium board. Every year she enjoys 2 months of 'humanitarian leave' when rejoining msf in the field. In 2017 she was interim deputy CO for cell 4 (Afghanistan, Pakistan, Ukraine and Russian Federation) 2 months. 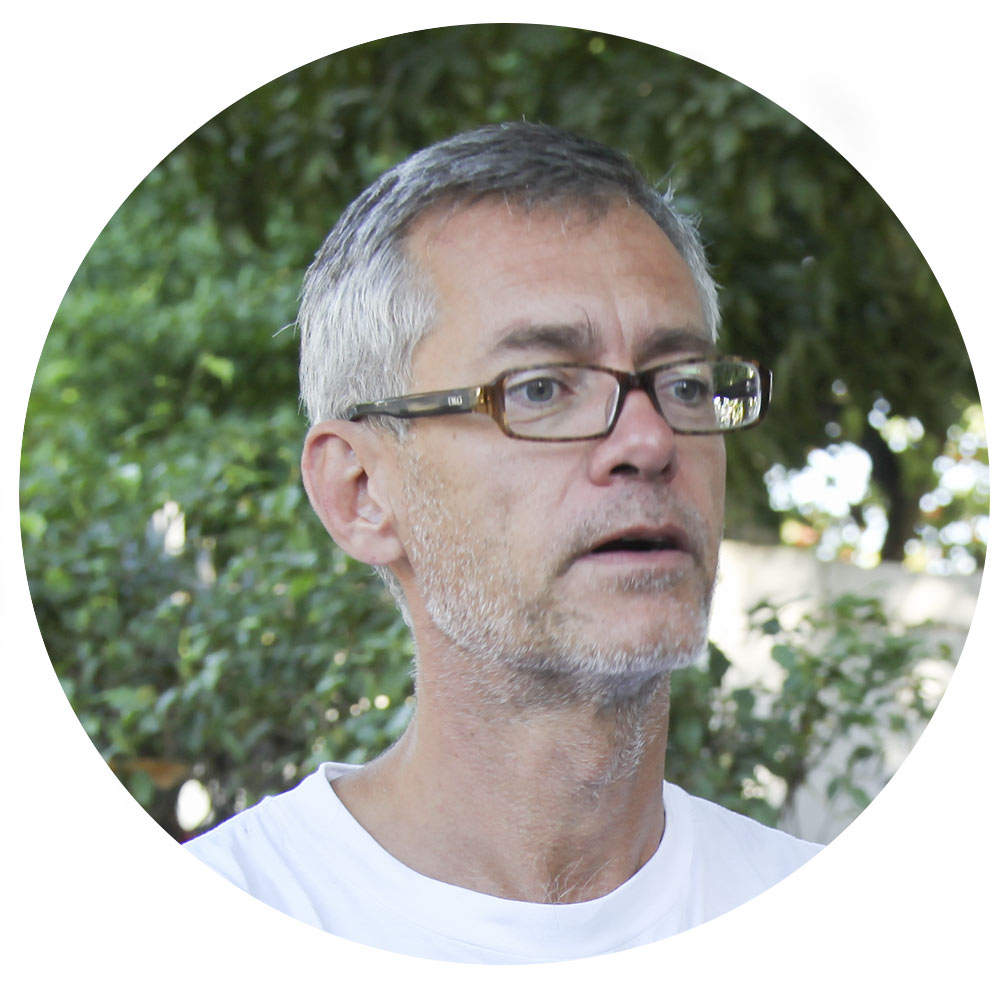 Johan von Schreeb MD, PhD is a  general surgeon that for 25 years regularly has worked in humanitarian settings, mainly with MSF, most recently on the Philippines in 2013. In 1992 he co-founded MSF Sweden section. His PhD thesis was titled “Needs assessments for humanitarian health assistance in disasters”. As an associate professor he leads the centre for research on health care in disaster at Karolinska Institutet in Stockholm. In 2013 he co- authored “ Classification and standards for foreign medical teams in sudden onset disaster” for WHO and has since been involved in improving the response of international emergency medical teams in disasters, most recently this year in northern Iraq seconded to WHO to improve trauma care of injured from Mosul.