Our activities / Our medical approach / Measles
Get involvedDonate now 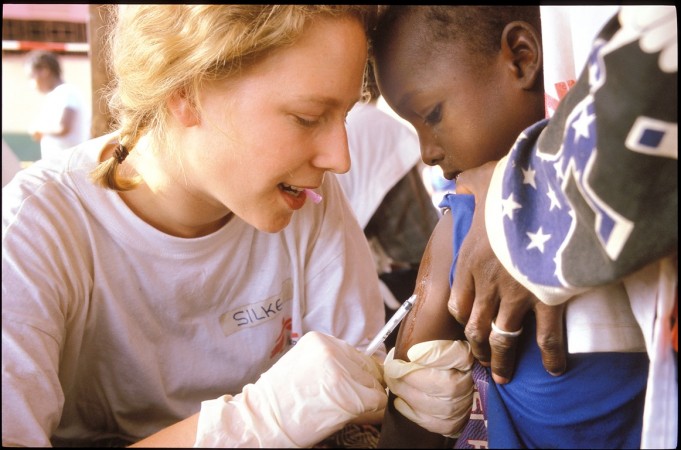 Measles is a highly contagious viral disease. Symptoms appear between eight and 13 days after exposure to the virus and include a runny nose, cough, eye infection, rash, and high fever. There is no specific treatment for measles – patients are isolated and treated with vitamin A, and for complications such as eye-related problems, stomatitis (a viral mouth infection), dehydration, protein deficiencies, and respiratory tract infections.

In high-income countries, most people infected with measles recover within two to three weeks, and mortality rates are low. In developing countries, however, the mortality rate can be between three and 15 per cent, rising to 20 per cent where people are more vulnerable. Death is usually due to complications such as severe respiratory infection, diarrhoea, dehydration or encephalitis (inflammation of the brain).

A safe and cost-effective vaccine against measles exists, and large-scale vaccination campaigns have significantly decreased the number of cases and deaths. However, large numbers of people are left susceptible to the disease, especially in countries with weak health systems, where outbreaks are frequent and where there is limited access to health services.

MSF carried out 1,320,100 vaccinations against measles in response to outbreaks in 2019.

A respite against measles

Ibrahim Diallo, MSF’s country representative in Guinea, explains what MSF did against the measles epidemic currently sweeping the country.

Since November 2016, MSF has vaccinated over 675,000 children, and cared for more than 14,000 patients in health zones throughout five of the country’s provinces.