Our activities / Our medical approach / Malaria
Get involvedDonate now 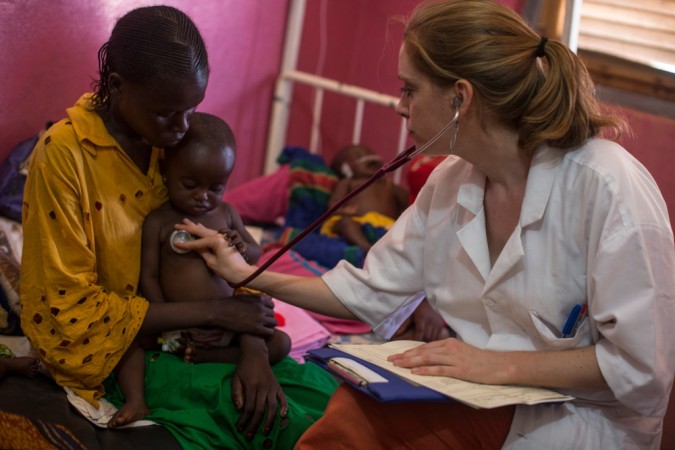 Malaria is transmitted by infected mosquitoes. Symptoms include fever, pain in the joints, shivering, headache, repeated vomiting, convulsions and coma. Severe malaria, nearly always caused by the Plasmodium falciparum parasite, causes organ damage and leads to death if left untreated. MSF field research has helped prove that artemisinin-based combination therapy (ACT) is currently the most effective treatment for malaria caused by Plasmodium falciparum. In 2010, World Health Organization guidelines were updated to recommend the use of artesunate over artemether injections for the treatment of severe malaria in children.

Long-lasting insecticide-treated bed nets are one important means of controlling malaria. In endemic areas, MSF distributes nets to pregnant women and children under the age of five, who are most vulnerable and have the highest frequency of severe malaria. Staff advise people on how to use the nets.

In 2012, MSF piloted a seasonal malaria chemoprevention (SMC) strategy in Chad, Mali and Niger. Now used in several countries, children under five take oral antimalarial treatment monthly over a period of three to four months during the peak malaria season.

"Why I catch mosquitoes to help MSF fight malaria"

In 2016 alone, 216 million people were diagnosed with malaria. If left untreated, the disease can quickly progress in severity often proving fatal.

Malaria peak: waiting for the tsunami

The new MSF malaria project in Kouroussa, is preparing for the malaria peak, which strikes every year between June and September.