Our activities / Our medical approach / Chagas disease
Get involvedDonate now 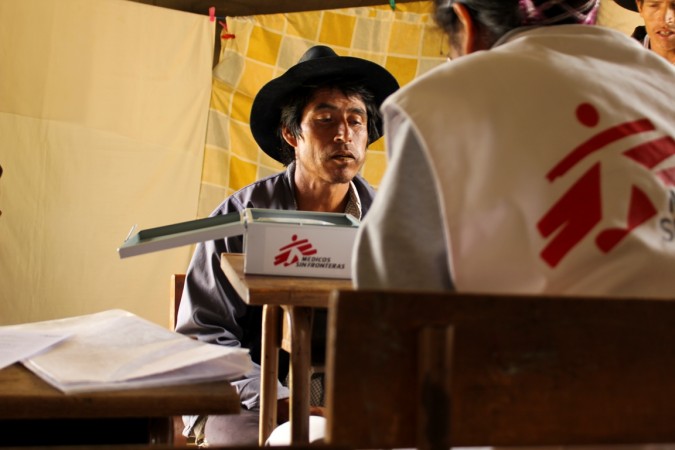 Chagas disease is found almost exclusively in Latin America, although increased global travel and migration have led to more cases being reported in North America, Europe, Australia and Japan.

Chagas disease is not as famous as diseases such as malaria and cholera, but it affects 18 million people and kills up to 12,500 each year. It is caused by Trypanosoma cruzi, a parasite whose main vector is a blood-sucking bug, an insect common in rural areas and urban slums, where people live in mud houses. It can also be transmitted through blood transfusions or to the foetus during pregnancy, and, less frequently, through organ transplants. Symptoms are rare in the first, acute stage of the disease and if they do appear they are mild. Then the chronic stage is asymptomatic for years. Ultimately, however, debilitating complications develop in approximately 30 per cent of people infected, shortening life expectancy by an average of 10 years. Heart complications such as heart failure, arrhythmia and cardiomyopathy are the most common cause of death for adults.

About 20 to 30 % of those infected go on to develop the chronic form of the disease, which can cause fatal heart or digestive problems, causing irreversible damage to the heart, esophagus and colon. At this stage, symptoms may include constipation, digestive disorders, abdominal pain and difficulty swallowing.

Millions of people with the disease, including those who have been infected for decades, are neither detected nor treated. Left untreated, Chagas disease can permanently damage the heart, nervous and digestive systems.

Just like the diagnostic tests for Chagas disease, treatments are inadequate and expensive. Few drugs can effectively treat the disease : there are currently only two medicines available to treat the disease: benznidazole and nifurtimox, which were both developed over 40 years ago. The cure rate is almost 100 per cent in newborns and infants and in acute cases, but as the gap between the date of infection and the beginning of treatment lengthens. the cure rate declines.and these treatments can be toxic. The treat-ment lasts between one and two months.

The treatment currently used is often toxic and can take longer than two months to complete. Despite the clear need for more efficient and safer medication, there are few new drugs in development.