Our activities / MSF in the world / Ethiopia
Get involvedDonate now 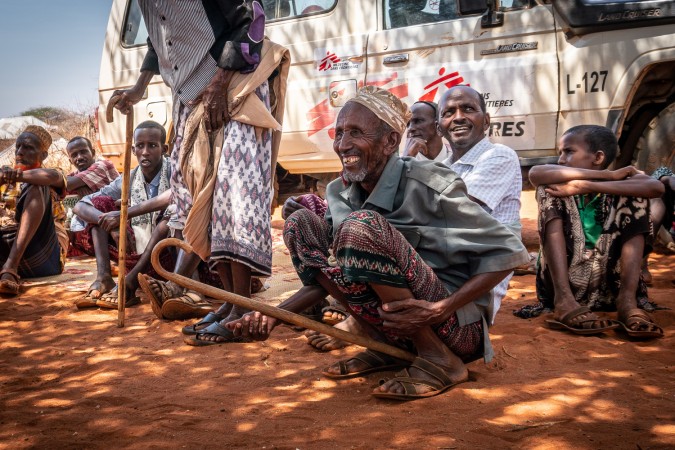 By the end of 2019, Ethiopia was hosting 750,000 refugees, most of whom were from neighbouring South Sudan, Eritrea and Somalia. The country with the second-biggest population in Africa witnessed episodes of intercommunal violence, which led to waves of displacement...

Following the brutal murder of three of its staff in the Ethiopian region of Tigray on 24 June, MSF calls for an immediate investigation into the killings and suspends its activities in incentral and eastern Tigray. MSF teams in other areas will continue to cautiously assist people in urgent need.

Staff at MSF are today in mourning after receiving confirmation of the death of three of our colleagues who were working in Tigray region, Ethiopia.

Health facilities across Ethiopia’s Tigray region have been looted, vandalised and destroyed in a deliberate and widespread attack on healthcare, according to teams from MSF.

Tigray Crisis: “We are suffering from a lack of medical care”

Fighting in Ethiopia’s Tigray region has uprooted hundreds of thousands of people. Inside Tigray, most of the displaced people stay with the host community, while tens of thousands live in informal sites or are still hiding in the bush or the mountains.

If seriously ill people can’t get to hospital, you can imagine the consequences

Albert Viñas has just returned from Ethiopia, where his role was to prepare for medical teams to access areas of eastern and central Tigray and assist people affected by the current crisis. He describes what he found.

On 4 November, Ethiopia’s prime minister ordered military action against the Tigray People’s Liberation Front (TPLF) in the Tigray region, in northern Ethiopia, following an attack on a military base.

The constant cycle of displacement

Thousands of people have shuttled backwards and forwards between the Gedeo and Guji areas of southern Ethiopia over the past 15 months.

Alarming rates of malnutrition among displaced people in southern Ethiopia

MSF is concerned for the welfare of tens of thousands of vulnerable internally displaced people in southern Ethiopia, following an assessment that revealed alarming findings about their nutritional status, poor living conditions and limited availability of safe drinking water. In response, MSF has launched an emergency intervention.

Snakebite envenoming is overwhelmingly an affliction of the rural poor in agricultural and herding communities and kills more than 100,000 people worldwide every year.

"Why I catch mosquitoes to help MSF fight malaria"

In 2016 alone, 216 million people were diagnosed with malaria. If left untreated, the disease can quickly progress in severity often proving fatal.

With around 2,300 new monthly arrivals, refugee camps in northern Ethiopia are one of the first destinations for Eritreans leaving their country.

Found in a critical condition, Joy was cared for by the MSF pediatric team.

First SORT IT PHD degree by an MSF-alumnus

For the first time in the history of the Structured Operational Research and Training Initiative (SORT IT), a former MSF-participant and research fellow has obtained a PHD-degree in operational research.

Since it began in December 2013, the conflict in South Sudan has forced over two million people from their homes.