Our activities / MSF in the world / Armenia
Get involvedDonate now 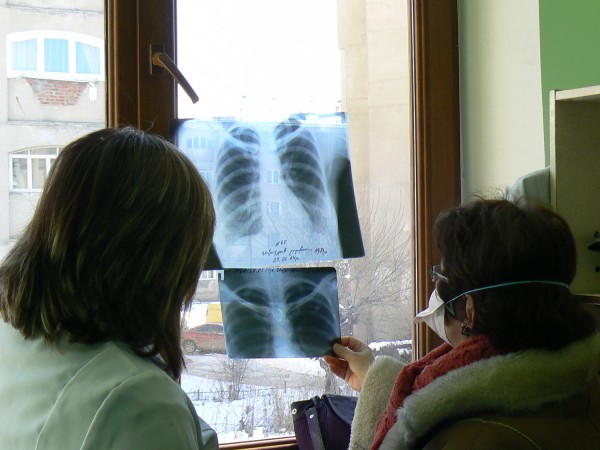 One of MSF’s consultants in Vanadzor (right), and a doctor from the Ministry of Health, examining X-rays of a drug-resistant tuberculosis patient. Armenia, February 2014. © Andrea Bussotti/MSF

MSF has helped to tackle resistant forms of tuberculosis (TB) in Armenia since 2015. In 2019, we handed over our remaining activities to the national health authorities.

Armenia has one of the highest rates of drug-resistant TB (DR-TB) in the world. In 2005, MSF began working with the national tuberculosis programme to provide treatment for patients with this form of the disease in the capital, Yerevan. Ten years later, Armenia was one of the first countries to use delamanid, a drug that promised to be less toxic and more effective. Between 2015 and 2019, over 1,700 patients were enrolled in our DR-TB programme.

More than 1,500 received conventional treatments, while 107 participated in the endTB observational study, an international initiative aimed at finding shorter, less toxic and more effective treatments for DR-TB. Other patients received bedaquiline, another of the newer drugs, as part of a compassionate use programme, whereby patients are given access to investigational drugs. Such drugs are not approved for mass production but there is sufficient evidence of their potential benefits and limited risks.

With the National Control Centre for Tuberculosis (NTCC), the MSF-supported project in Armenia was able to implement many innovative advances, including systematic testing for chronic active hepatitis among multidrug-resistant TB (MDR-TB) patients, treatment with direct-acting antivirals and all-oral regimens. We handed over activities to the NTCC once the endTB study was complete.

We first worked in Armenia in 1988 to respond to medical needs following the Spitak earthquake.  Over the next three decades, activities included the provision of medical equipment and support during the Nagorno-Karabagh war (1992–1997), a TB project in Nagorno-Karabakh (1997-2002) and a project for children experiencing cruel treatment in a special education complex in Yerevan (1997-2004).